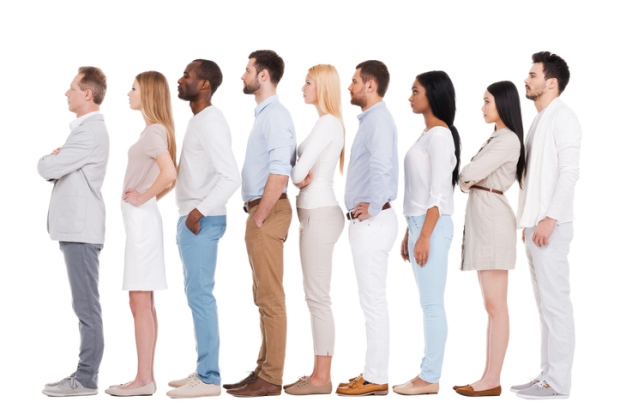 I recently had someone challenge me, in an email exchange, about the expectations that we have of the men we work with at Linx and how we hold them accountable.

In this blog entry, I hope I can begin to answer these questions and illustrate that it really does go both ways and that the reality of passing judgment on people (whether men on women or women on men) may not always be pleasant, but is a fundamental truth in the human nature of long term romantic relationships.

During the Linx client intake process, there are a variety of questions I ask of the prospect and the type of match (s)he seeks. My primary goal at this early stage is to hone in on the more “scientific” part of the search, as I gather objective data regarding the type of match someone desires. These metrics are powerful, in that they allow me, the expert matchmaker, to create a solid and plausible foundation for a long-term match.

Naturally, some of the questions I ask can be a little hair-raising for some clients – for example, when I am asking a female prospect about her dress size and weight or if she has taken fertility measures to preserve her eggs (see more about this toward the end of the blog), some do not appreciate these blunt intrusions into sensitive subjects, while others go through the process with absolutely no objections.

A great prospective client I encountered shared, “I would hate to think in the end women are being judged one dimensionally in this process. While I appreciate everyone has preferences I would not be a match with a man that over indexes on a female’s looks and a particular dress size.”

I responded and told her that men are wired completely differently than us women. It is a universal and biological fact that men are extremely visual and generally fall in love with their eyes, whereas women appear to fall in love with their ears. The metrics and science of what someone desires is a relatively big part of this equation to find the right match. Every man I encounter has his own stated preferences and desires. From a physical stand point, some guys want Chinese, others East Asian, some Caucasian, no one over 5’5”, no one under 5’5”, long hair, short hair, light eyes, tan skin, no freckles, sexy in her style, or conservative style, light on the make-up, or dolls herself up all the time.

The data I gather is a completely eye-opening, scattergram of chaos. To add another layer of complexity, we then dive into a match’s personality, religion, lifestyle, career choice, marital background, hobbies, etc. It goes on and on and on. And this same principle of everyone having his/her own objective desires in a match applies equally to women. Women are just as harsh critics as the men are in what they need in a mate (from height, to hair, to personality, to income, to background, to lifestyle). The overarching conclusion is that even the most angelic people judge others. It’s life. We all secretly like what we like and don’t like what we don’t like. We don’t want to admit that human beings discriminate on a wide range of metrics but it is a fact that everyone I have ever encountered in my 16 years of running Linx has their own stated preferences and deal breakers in a potential match and if they state that they do not, they are, at least to some extent, lying to themselves and to me.

Another hot button topic for some women is when I ask whether she’s taken any fertility measures in her personal life to preserve her eggs. Egg freezing has become so popular as the tech giants like Facebook and Google often offer to pay for these incredibly pricey insurance policies. Take it or leave it but the fertility question in the intake is a big one. Not only am I asking women if they have thought about this, or if perhaps have already done multiple rounds of egg freezing, but the men on many occasions lecture me when they come in for their initial in-person meet and greets about a female’s biology and youth optimum IF the male prospect is wishing to have children in his personal life. Of course, there are a ton of men who either have kids, do not want kids, or have kids and do not wish for more. Again, everyone has their own stated ideals.

It is fair that fertility should even be a factor in the selection of a mate? Shouldn’t a female be chosen for her brain, heart and soul? Yes, actually I do believe that. But when I look to match, I align core value sets from a foundational standpoint and fertility is a large part of this equation if both parties want the option of having a child or children one day. Women, rest assured, that men are just not looking for a hot female who has ripe juicy eggs. Thank goodness. They actually are not as pigheaded as folklore goes. It is universally true that the types of men Linx Dating work with do “want it all”, just as the females that come into Linx want a man who “has it all” as well. It’s holistic, not just one-dimensional. Men need to be attracted first and foremost and then everything else hopefully aligns – brains, personality, and balance. Women seek financial stability, someone who has a healthy dose of EQ/IQ, and attraction is part of the picture too.

Making sure each party has a solid foundation and the match is a long-term match, not some short-term play, is critical. The couples I match enter serious relationships. I am an a bonafide expert and work with my clients to remove the chaos that can envelop mate selection when they are working on their own and “dating in the wild.”

No matter how you look at it, people select mates for a variety of reasons and no matter the approach, whether it be meeting someone serendipitously, via online/app dating, through Linx, or at work, we all are built to thin-slice (a la Malcolm Gladwell’s classic book “Blink”) and we do it consciously and unconsciously on a daily basis. Human beings are judgmental and if we if didn’t judge and thin-slice, we wouldn’t be able to create order and make sense of all the information around us.