The past week has involved a lot of conversations about how people communicate while dating, and nearly all of those conversations have been about some form of frustration with hearing – and not hearing – from a date. Amy and I have heard complaints about frequency (both too much and too little) concerns about content (both too formal and too familiar) and timing (as in “Isn’t this a little too soon?” and also “Who sends a text at that hour?”) A good friend of mine insists that if you’re seeing someone who’s really into you, there’s no wrong way or bad time to contact a love interest, but given my own recent frustrations with a Poor Communicator, I’d have to disagree. Since the object of my affection is currently bedridden on the East coast in a fin de siècle-style typhoon of influenza, salmonella, and some other viral/bacterial pestilence that is likely the result of too much time spent in airplanes and not enough time spent asleep, I’m letting him off the hook for now. But for everyone else, here’s a refresher on communicating in a mobile and hyperconnected age… sometimes it’s still hard for me to believe that as a teenager, I actually had to be in my bedroom in order for someone to call me.

Text is, by far, the easiest form of communication to abuse. It is also, unfortunately, one of the most dangerous. No matter how many emoticons you throw at your date, text messages are meant to be brief, and that brevity tends to make it very hard to understand any suggestion of tone or nuance contained therein. So don’t assume any particular tone or nuance was properly conveyed. Between people who hardly know each other (in other words, with someone you’re newly dating) texts should really only be used to convey facts. You should only use a text to send an address, to let someone know you’re running late, to convey a change in plans, etc. You should use a text to tell someone you’re standing outside, to tell him you’ve claimed a table at the bar, or to let her know your flight just landed. But use text messages sparingly when dating, and only use them to convey information that cannot be misunderstood. If you absolutely must use texts to say something other than “I’m wearing a blue sweater, gray plaid pants, and Prada loafers,” limit yourself to “I had a really great time last night and I can’t wait to see you again.” A text to someone new shouldn’t include words like “sometime”, “possibly” or “maybe.” Ever.

Some people love attention; they crave daily texts and phone calls. Some women love it when a guy showers them with text messages, and calls them “Baby” or “Sweetie” after a first date, and some men consider any contact at all between dates to be unnecessary and superfluous… and never the twain shall meet. Most of us are right in the middle, but regardless of where we stand, we all tend to assume that our dates should feel the same way that we do; after all, how could our own stance be anything but reasonable, and assuming we are attracted to reasonable people, should they not feel exactly the same way about how to communicate? It turns that’s not always the case.

When I look at my own relationship, for example, I know that Mr. Poor Communicator literally buries his head in work, spends more than 100 hours a week on his company, and often falls asleep on his couch in positions that are doing permanently bad things to his neck. When we see each other, he is fully focused on being with me, and does an excellent job of blocking out the rest of the world. But when we’re not together, I become a victim of that very same focus. For him, taking the time to call or even text me is just a distraction from the work he needs to finish in order for us to actually be together in person. What he doesn’t understand (because really, when do you bring something like this up?) is that I’m an only child, and my mother used to punish me with days on end of silent treatment, so when I don’t hear from someone I care about – no matter how well I might be able to grasp the underlying intellectual rationale for that silence – I eventually start to feel like I’ve done something wrong or disappointed them. Obviously, it’s important that I figure out a way to convey to him some portion of this.

If you’re in a new relationship or feel like there’s a disconnect in the communication style in your current one, this can be a really important thing to address. And it’s really critical to focus on how you feel, rather than to try to place blame or cast yourself as a victim. For example, I can explain to my guy that “When I don’t hear from someone I care about for a long period of time, I start to worry that I have offended or disappointed that person,” or I can say, “When you ignore me, you make me feel bad about myself.” One of those is likely to elicit an empathetic response and lead to a compromise that deepens the relationship, while the other could just as easily lead to a breakup. Since I don’t want a breakup, it’s really important that I focus on my feelings and my experience and that I give him the chance to be empathetic. If you would also like a compromise and a healthy change in your relationship, then you should give your companion the chance to understand your experience, too.

If you have the opposite problem of hearing from someone too frequently, you can take the approach of saying “I really like you. In the past, I had the tendency to move way too quickly in relationships, and it’s important for me to move slowly. I’m comfortable texting a couple of times a week at this point. That obviously will change as we get to know each other better.” Too often, we tell people what’s “wrong” with their behavior instead of simply expressing to them our needs, expectations, or boundaries. The truth is that there’s usually nothing “wrong” with their behavior; but that doesn’t mean it’s right for us. So have the conversation about what works best for you. Get to know your audience; I hope to be following my own advice as soon as he regains the 9 pounds he lost last week and can actually get on a plane again.

Work on Your Timing…

With travel and time zones playing such big roles in everyone’s lives, it’s really important to pay attention to where you are on the map… and to how far away your love interest happens to be. While you may be counting the days or hours until you can see him or her again, you should also really be counting the hours (on the clock) that separate you. If you leave the country, know what time it is before you text someone; there is nothing more frustrating that getting a 4am “Just saying hey from Seoul” text message, especially if your job requires that you leave your phone on overnight because someone’s life might depend on it. Be respectful of the life and career of the person you’re dating. We all know that traveling for work brings with it a tremendous amount of loneliness and boredom, but you want to be sure that you’re met by excitement – rather than frustration – when you return. An occasional mistake is bound to happen if you’re an avid texter, but if you do regular long haul travel for work, trade in your texts for emails. But if you’re somehow restricted to your phone and you still insist on texting, you can keep yourself out of trouble by sending all of those texts to… an email address. 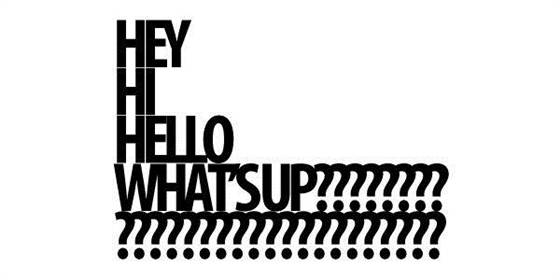 With so communication tools at our disposal, it can be hard to know the right tool to use in the right way with the right man or woman, so it’s important to use the oldest tools at our disposal – our mouths and ears – and actually ask about these topics in person when we have the chance. It turns out that in a wired (and increasingly wireless) world, that we’re all wired a little bit differently, so don’t assume that you and your date are automatically going to operate on the same wavelength. Dating is about getting to know someone, and that requires communicating, so you should actually be motivated to figure out the most efficient way to do it. In fact… the sooner you figure out the best way to communicate, the sooner you can start building a real relationship.