Announcing another amazing Linx couple who is newly engaged! Both are in their mid 30’s, Ivy League MBAs, execs, and extremely dynamic people. He popped the question a little over a year after their very first date in Aspen right after Valentine’s Day! They have a wonderful love story and are in the midst of a lot of exciting planning now. Her ring is one of the most stunning and dramatic sparklers I have ever seen. I called it her “ice cube” on her finger as it is that impressive. Lucky girl! Perhaps they will get married in Aspen? 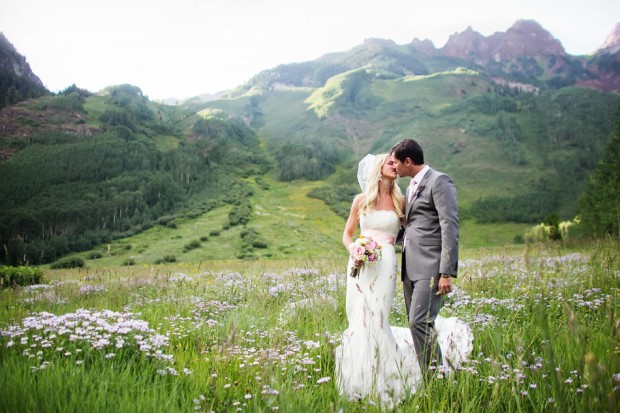 They had both dated a lot on their own before coming to Linx. He was VERY skeptical of Linx before he became a client (even though he was referred in by a former client and trusted source). This gentleman had been in one very bumpy relationship that sort of took the wind out of him, had worked too much, didn’t have any balance in his life, and made excuses along the way.

The day of his meeting with me, he cancelled, sharing, “I lack the time for a relationship and don’t have the interest to move forward.” Was I initially disappointed? Absolutely. Being in business 10 years now and having a deep insight into humans in general, I knew there was much more to the story than that.

I knew I could help him – it was only a matter of shifting his focus and giving him the clarity he needed. Luckily, he agreed (with quite a lot of doubt and huffing and puffing) to simply “take a meeting” with me. We shared stories and instantly clicked, talking for over an hour at my office.

At the end of the meeting, he said something along the lines of, ok what is next, how do I sign up? I had been a catalyst in restoring his faith in love and helping him see that his bar should be set high (to stop dating ‘down’) and to aim for the stars because he is worth it and I knew I could help him.

He took the plunge and did Linx, hit the jackpot with introduction #3, and 13 months later from the time he joined, proposed to a woman who radiates beauty inside and out. He just wrote me, “life is great. :)”   This is just one of the many stories of clients that I have seen over the years at Linx.

Today I received an email from a smart young woman who cancelled her appointment with me as part of our casting week mid week, next week. She said she is tired, in a dating slump, not in a good mental place, and just drained from putting herself out there on dates with “nothing to show.” I told her I can SO relate to that frustrating feeling and sentiment. The honest truth is she isn’t ready at this EXACT moment. I believe if she takes some time off, she will have the mental agility and freshness needed to take a leap forward in the right direction. As they say, it is all about timing!

I brought a brilliant- yes literally- brilliant young woman into Linx today as a new client. 25 years who who went to college at ten years old!  When I was ten, I was still convinced a monster was under my bed at night and I obsessed over My Little Pony and my Pretty Cut & Grow!

I was definitely not focused on selecting the right college courses and fretting over advanced calculus!

We also met with a young Silicon Valley engineer today who needed some date coaching. My husband sat in on the meeting to speak guy-to-guy…hoping that might sink in a little bit more for our client. It did. My husband’s sage advice was (and this can absolutely carry over for women when you date):

1. Show empathy on your date. Try to get at the essence about what makes your date tick.

2. In preparation for your date, channel something (this could be anything) that makes you laugh and feel giddy! Carry that energy into your date. Lead with that light hearted, carefree spirit.

3. Stop being mechanical and going through the motions of being on a date. When you let go and dance through the conversation, it will flow much better. My client explained he felt tripped up and stressed when the waiter was late to take the order. I told my client I want him to try to work on a feeling of lingering through the date. Be so enraptured by your date you don’t even NOTICE if something is wrong. When my husband and I had our very first date- get this- the waiter took 2 hours to finally take our order. We laughed, smiled, and rolled with it. We were so engrossed in one another, we didn’t care for a second.