In December of 2010, I got an email out of the blue from one of the producers at ABC News Nightline in New York inquiring if I would like to entertain doing a story about Linx and the Silicon Valley dating culture. I don’t have a publicist so I wondered how she had learned about Linx. Of course I was literally jumping out of my seat with excitement and absolute enthusiasm at this opportunity of a lifetime! It turns out she had been in the Bay Area covering a story on technology and had had a dinner with some friends and colleagues in San Francisco one evening after a long day of shooting. 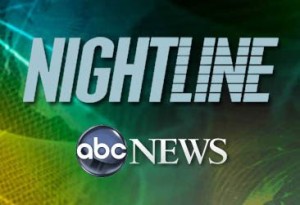 Conversation quickly turned from GOOG, to politics, to dating. Someone at the table mentioned the story that Natasha Sarkisian had written for San Francisco Magazine back in 2009, http://www.modernluxury.com/san-francisco/story/the-incurable-new-bay-area-bachelor, and it sparked intrigue and curiosity for the Nightline producer. As they say, the rest is history. 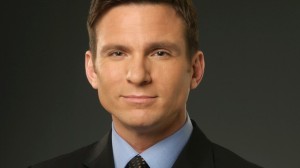 We did the majority of the filming back in September 2011 and I geared up for a 45 minute TV interview with news corespondant, Bill Weir, who 99.9% of the male and female population has a crush on. No wonder- look at him!

I rallied two fantastically enthusiastic clients to chat on camera with him, as well, and planned a last minute intimate cocktail party with 20 young professionals for the story, catered by Charlie Ayers (former GOOG chef) no less and hosted by Silicon Valley connector and investor, Pejman Nozad. 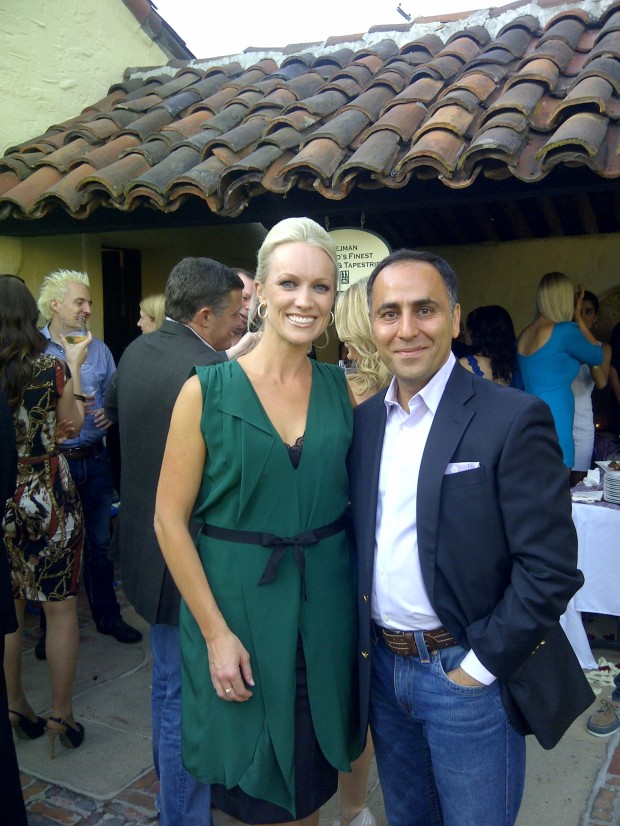 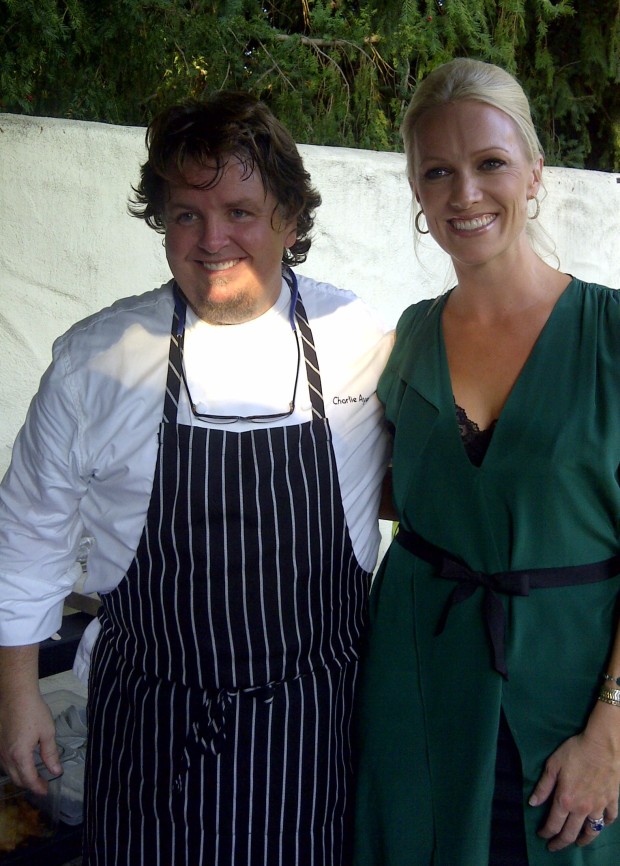 It was a very magical day- years of hard work truly paying off! 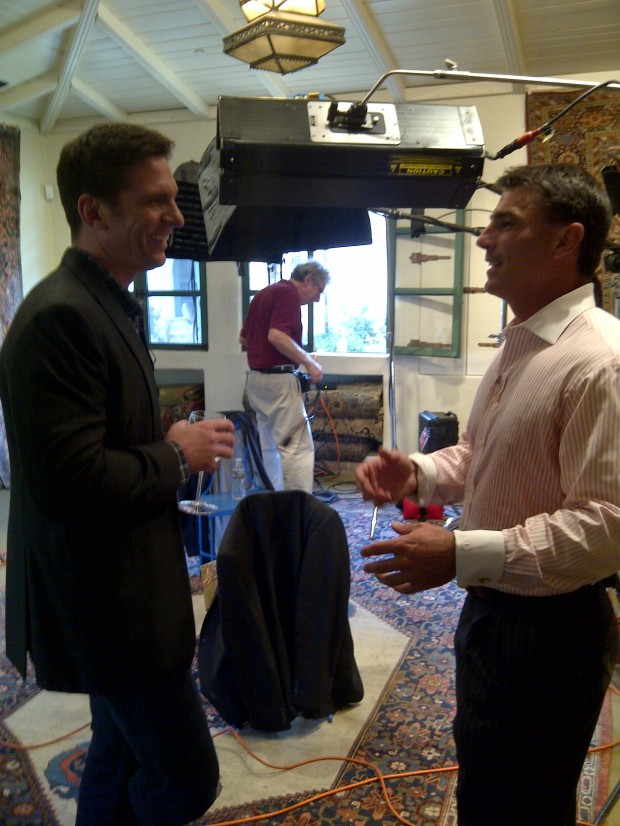 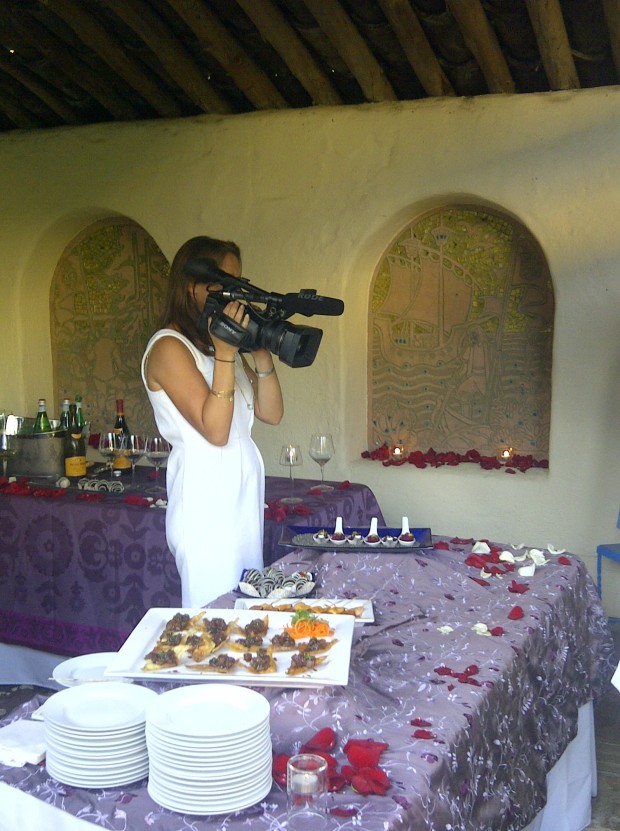 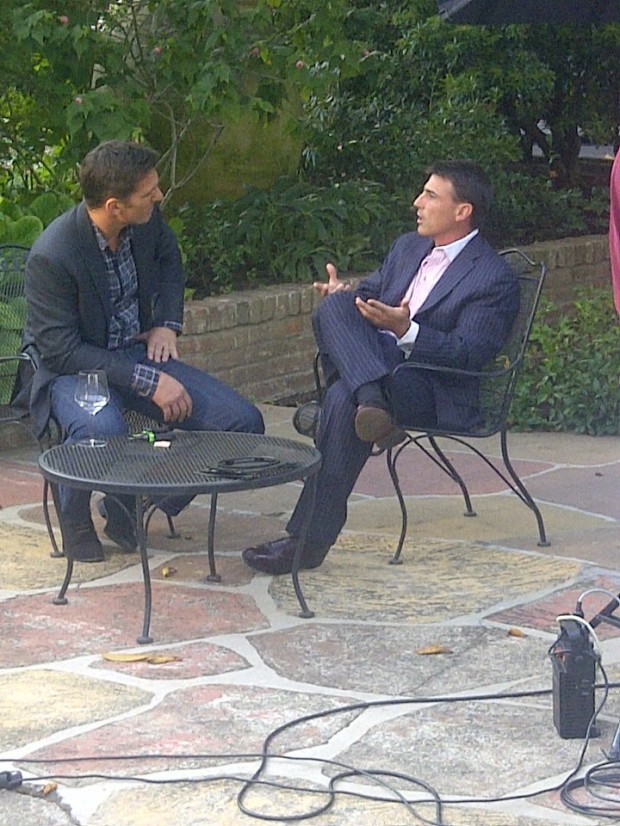 A couple of weeks ago I got an email from one of the producers explaining that they wanted to “beef the story up a bit” by featuring a real Linx date. I had to scramble quickly to locate the perfect Silicon Valley guy and dreamy San Francisco match for the piece and sure enough lucked out by getting my top two choices to agree.

Nightline flew out this past week to film again and, on Friday February 3rd, we shot what they call “B roll” of me at my new office digs in a more passive capacity where I was on the laptop and just sitting at my desk. We also got footage of my client, Sundar, and I chatting on the couch about working with Linx generally and about his date that would be filmed that evening, as well as me being interviewed alone about Sundar and the date I chose for him. 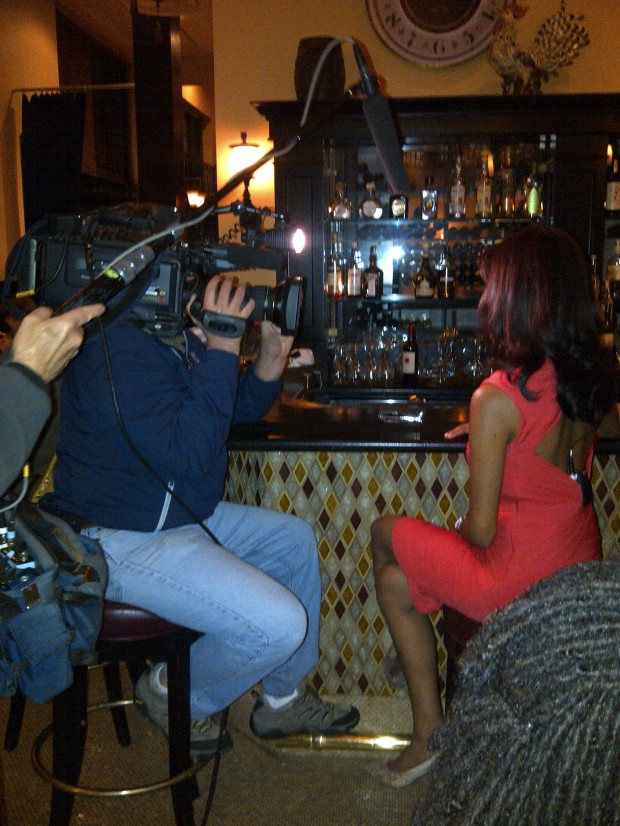 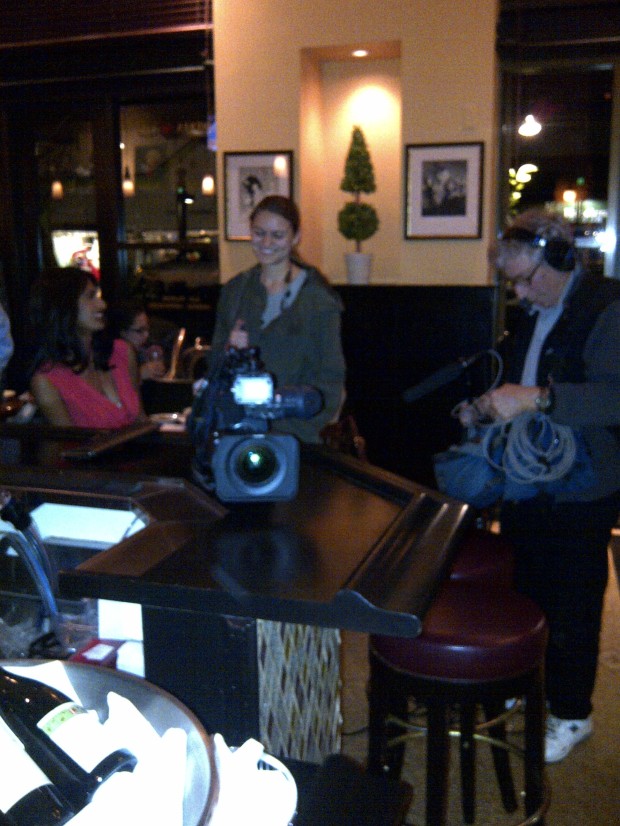 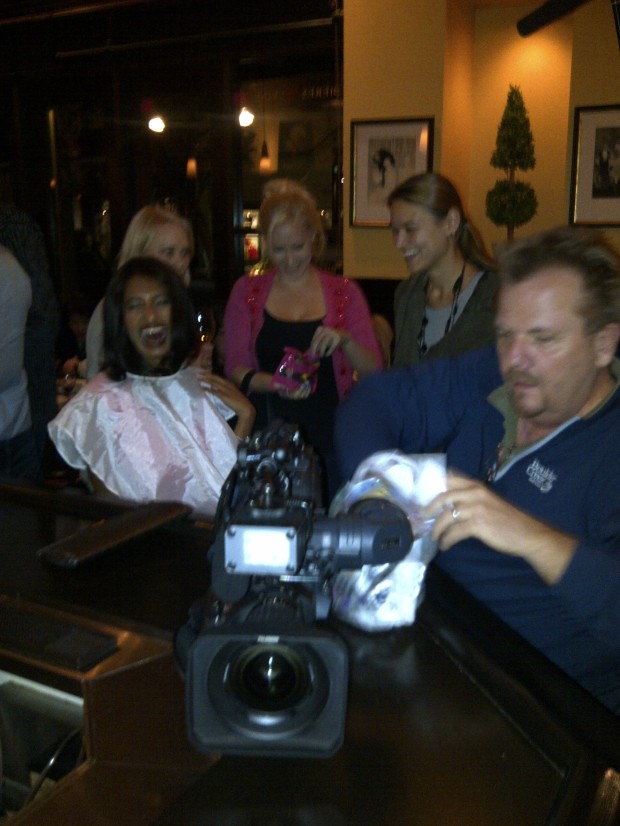 After a couple of hours of filming at my office in Menlo Park, we scooted over to Left Bank restaurant so the crew could set up cameras for the actual date. It was amazing to see behind the scenes how discreet some of the cameras were. Two tiny ones were perfectly positioned on the table and a larger one hidden on a sconce. I don’t think Menlo Park had seen so much excitement in a long time. Lots of people kept walking by the booth where the filming would take place prior to lights, camera, action to see what exactly was going on. A guy in particular kept looking over at my table and at the Nightline crew…..I joked with the crew that he is a “star fucker” and they chuckled, yep…pretty much!  They said with this type of star fucker, they simply ignore them. By ignoring, they tend to just fade away in the background. If you indluge them, forget it. 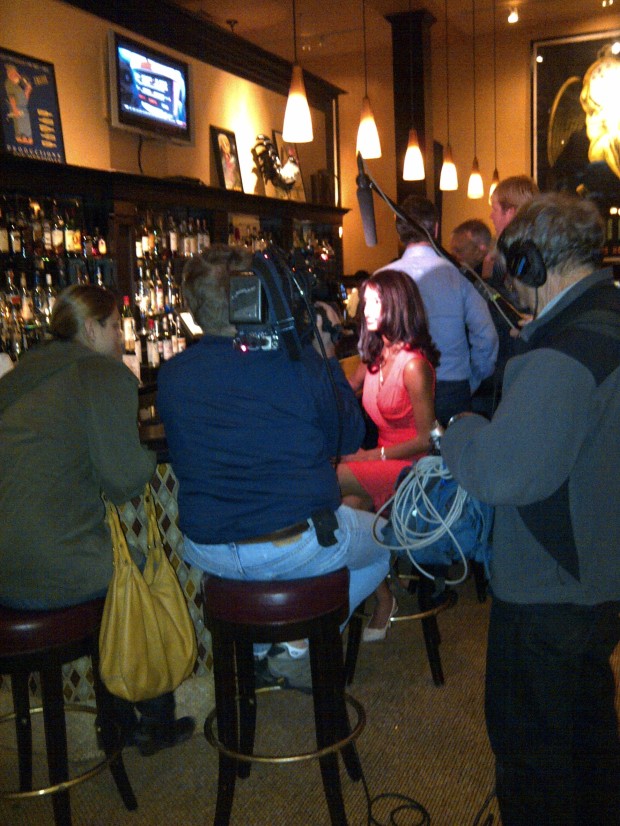 Sundar’s date was meant to arrive at 6:00pm so we could get started but ended up being fashionably late – poor thing ran out gas en route to the date. It was a moment of slight panic as the crew was ready to film and that meant that the clock was a ticking from a $$ perspective. So with her being a little late, I wondered as I sipped some much needed wine – runaway date? 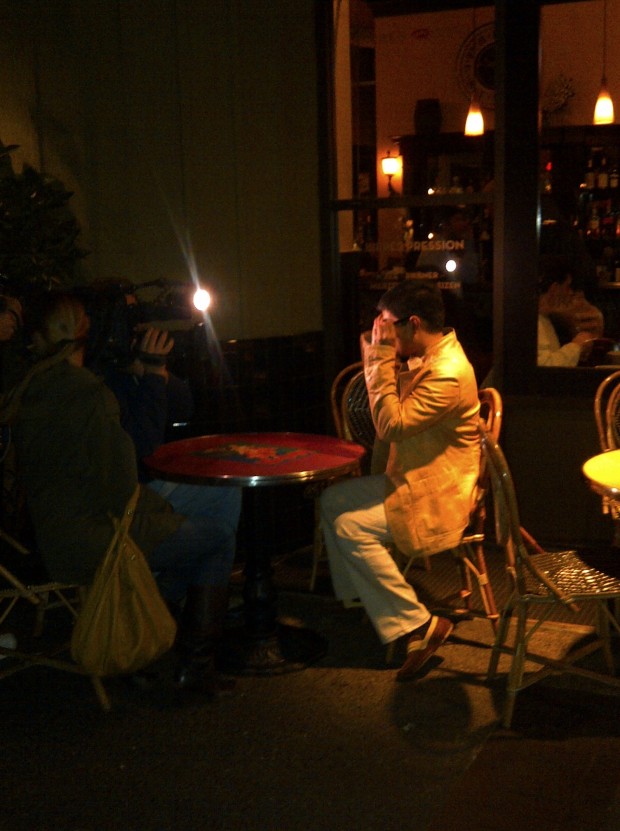 Not a chance, as Ani showed up looking lovely in an orange silk BCBG dress – hair and make-up done – totally date-ready. I prepped her, forced her to sip a little wine to calm her nerves, and psyched her up about her big moment on camera. Her date was outside talking to cameras. She got mic’d and ready to rock and roll. Sundar sat at the table and the cameras started rolling as Ani walked up to the table to greet him. They chatted for about 2 hours on the actual date with cameras fading in the background. Before entrees, he got up to use the restroom and she mentioned to me that there was a bit of a stiffness to the date. We all strategized about what to do. House cocktail, I suggested! We had two fun fruity cocktails sent over to the table…..he only took a few sips. 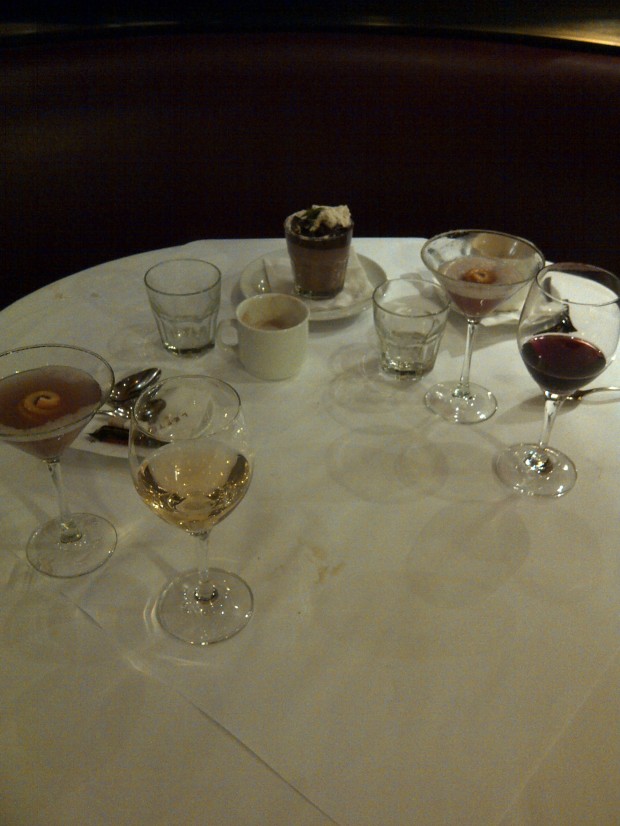 It was really fun as my family came to Left Bank to have dinner with my husband and me during the actual filming. They got to chat with the camera guys and producer which was exciting for them as well. After the date, they got footage of Sundar and Ani talking seperately in a “post date” commentary. He said, she said…. 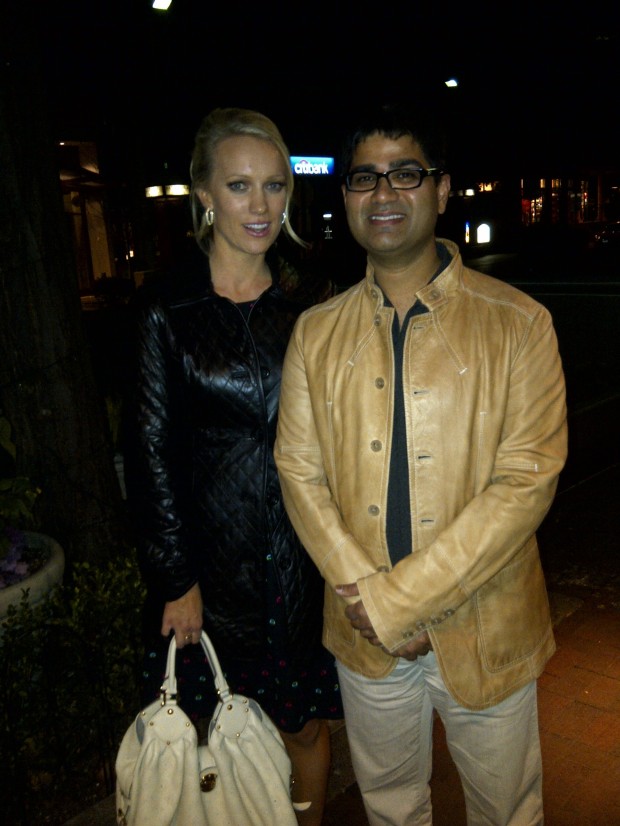 It was a super successful day and a bittersweet ending to the final footage that Nighline will need for the feature story which is scheduled to air on February 13th. I have been so extremely blown away by the utmost professionalism of the entire ABC News Nightline staff of camera men, correspondents, and producers. This experience has been a highlight of my life and something I will always remember.

Make sure to watch on February 13th or record it!