The timing of when a man calls to ask you out can indicate so much about how he feels about seeing you, and where he thinks the two of you are potentially headed. I am a big believer that carefully managing the early stages of dating is critical in establishing a pathway towards the relationship you have dreamt of.

I recall having many highs and lows during my single years while looking for my match; in my constant struggle to understand “boy world,” I noticed a familiar pattern surface around when guys I was dating would call me. This new awareness led to great clarity and insight that really helped me figure out my confusing dating life.

Every woman – regardless of age – should strive to be part of a man’s coveted A List… aka his “Dream Team” bucket. Being on this “it” list means a man is in hot pursuit of you, and it can be incredibly empowering and reassuring to know he’s so interested. A guy this engaged might actually call you on Monday to ask you out for a proper Saturday date. In doing so he is making the effort to plan, to think ahead, to get on your calendar, and to recognize that you have a busy life and are a girl in demand! Saturday dates signal something more serious- especially those that are reserved in advance! Ask yourself, are you on his dream team? 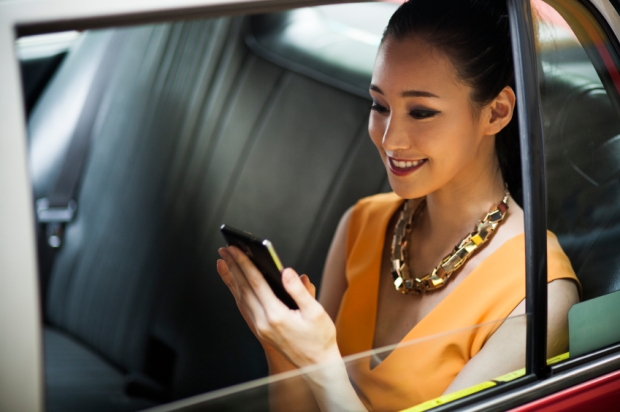 Another scenario is when a man calls (or texts…let’s hope he is not texting to ask you out) on a Thursday for a Friday or Saturday date. This guy has most likely a) been clocking long hours at work and is living in a state of delirium so it is unclear if he has legitimate time for a relationship, or b) is dating multiple girls and his A-Lister just cancelled on him, so you are simply on his back-up B, C, or D-List. We all know B-list, C-list, and D-list actors…those who have never made it to the top of the heap. If you were an actor in Hollywood, would you be ok being placed on the same level as “that guy” or “that girl” whose name you can’t really place but know you’ve seen in some film? Wouldn’t you want to aim to do what it takes to be a bankable star? The same principle applies to dating.

Ladies, wake up and check yourself. I want you to put yourself on the A-List today and believe that you should and can be on any man’s dream team and hot list.

If a man calls you on a Thurs for a Friday or Saturday date, remember my advice and make a hard decision about whether or not you want to go out. You can take a bold stand and turn him down and politely share that you’d prefer the following Saturday. If he is serious about you, he will listen and comply. If he is wading around in the kiddie pool and is not serious with his intentions, move on. Remember to not reprimand him for not calling sooner or being so unavailable; that always turns a man off. Follow your intuition, but be courteous and lady-like when you do.

Unfortunately, I’m pretty sure that at some point we have all agreed to the offer above, and have compounded that mistake by clearing our schedules way too soon in the hope that this guy could be Mr. Right. No no no! Stop in your tracks. Do not go there! Most men (especially Linx guys) find it incredibly desirable to find a woman who has an active and busy schedule filled with many activities, hobbies, friends, travel, and fun. This signals she has a great, happy life… the sort of life that he might eventually like to share one day!

One final scenario to which I don’t want you to fall victim is (I admit I might have given in one or two times to this “play” bucket) the “booty call.” You know what this is like… you know all about the sneaky guys who text you after you’ve come home for the night with some cute little emoticon and a “hey girl… watcha up to?” Or maybe “would heart to see you.” You and I both know nothing good comes from this other than some fun play and romping around in the sheets. I suppose… if you’re needing a little something-something… then go ahead. But just know that chances are very slim that he’s ever going to be kneeling down in the future and asking for your hand in marriage. Instead, you might be doing the solo walk-o-shame down Chestnut Street in smeared make-up and his baggy sweatshirt (if you’re lucky). We’ve all seen that person. Do you want to be that person? Do you want to be the C- or D-list actress who probably isn’t going to get the starring role? NO! You do NOT!

So ladies, I implore you to start tuning in to when a man calls, and become extra aware of the motivations for this. And for any men who are reading, we do appreciate when you call! And ultimately (despite some of the mixed signals you’ve probably gotten from us girls) we love it when you court us and behave like gentlemen. We applaud and value that sort of courtesy and chivalry… and we look forward to your next call.