Stockholm is a magical and stunningly beautiful city surrounded by water. The central parts of the city consist of fourteen islands that are continuous with the Stockholm archipelago. The geographical city centre is situated on the water, in Riddarfjärden bay. Over 30% of the city area is made up of waterways and another 30% is made up of parks and green spaces. 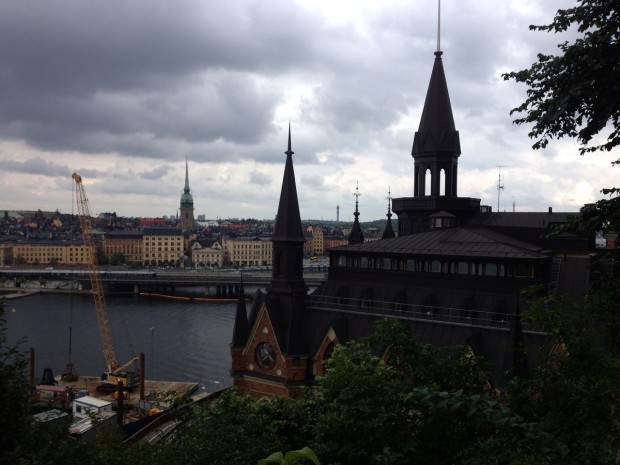 You can see the storm clouds rolling in. 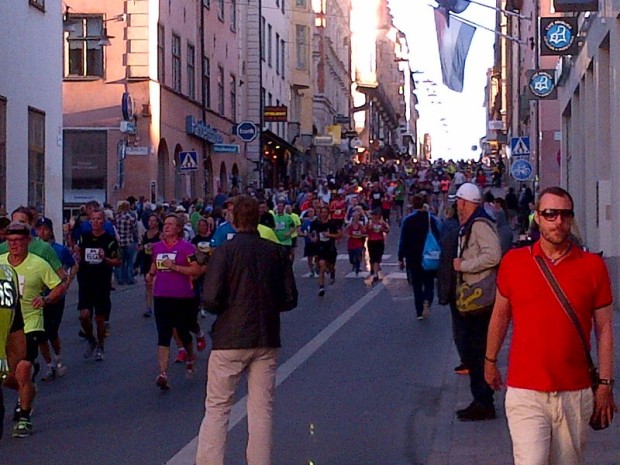 The very first day we arrived there was a marathon throughout the city. Such fun to be a spectator. 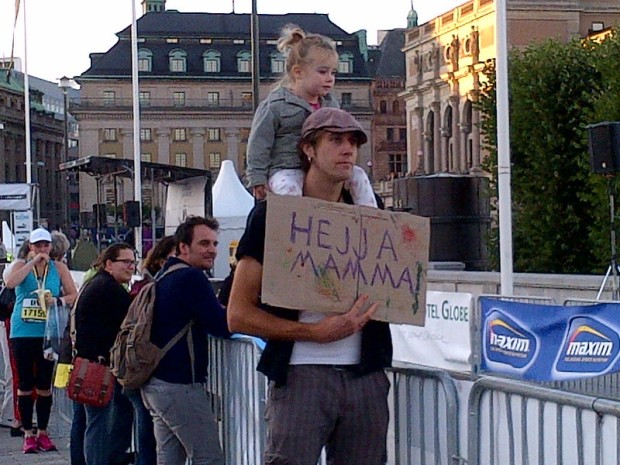 Daddy and daughter at the marathon.

We spent three days there and found it to be an interesting constrast from Copenhagen. Three days was sufficient in Stockholm and gave us ample time to explore the city by foot and ferry. The last day was the very first experience of any bad weather while on our entire journey in Denmark and Sweden. We were so fortunate to have the best weather for the entire vacation! Ferry ride with the family….

The most delicious dinner ever…lots of gravlax. 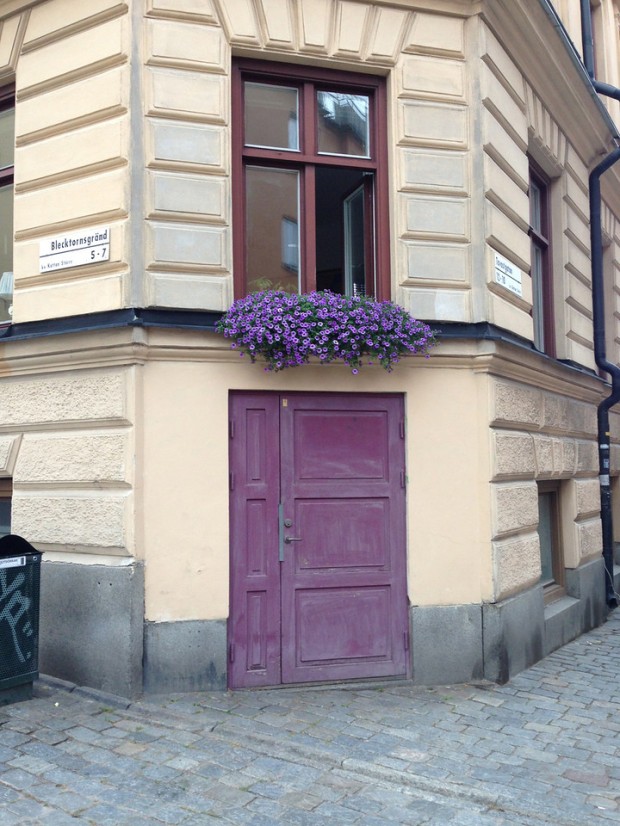 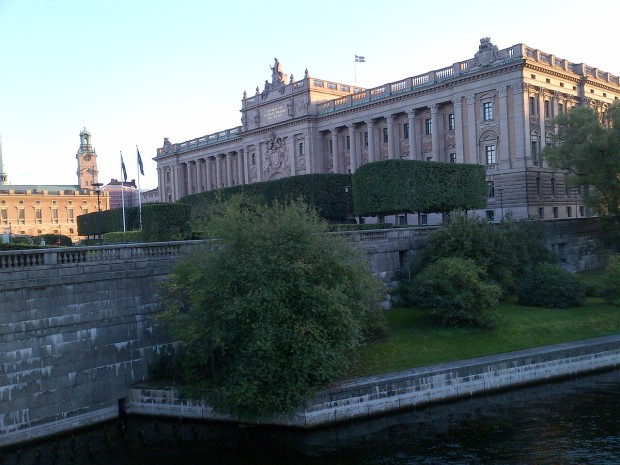 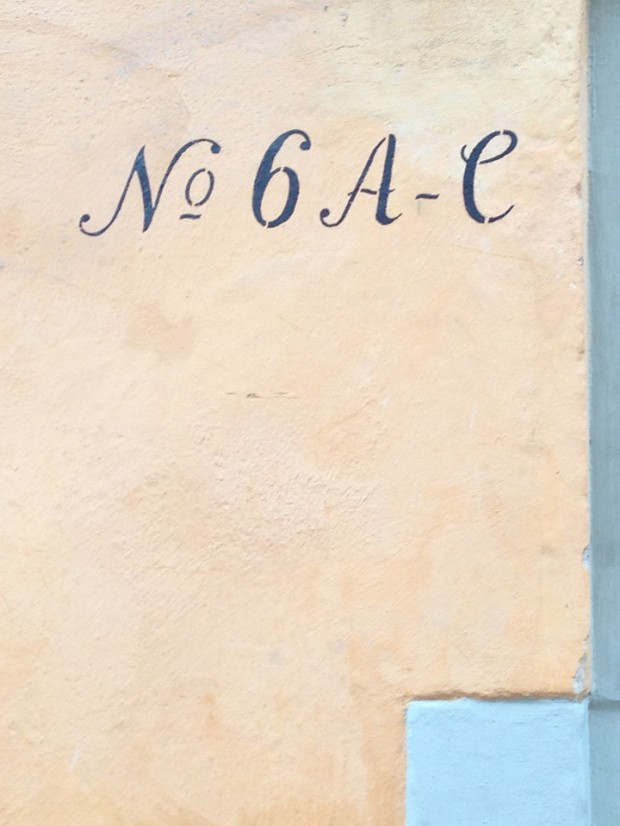 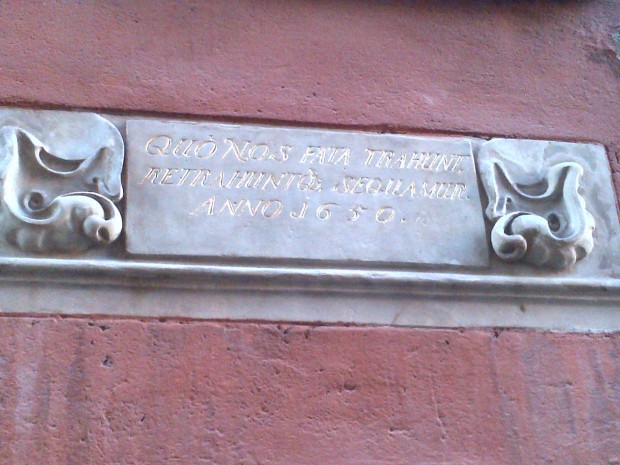 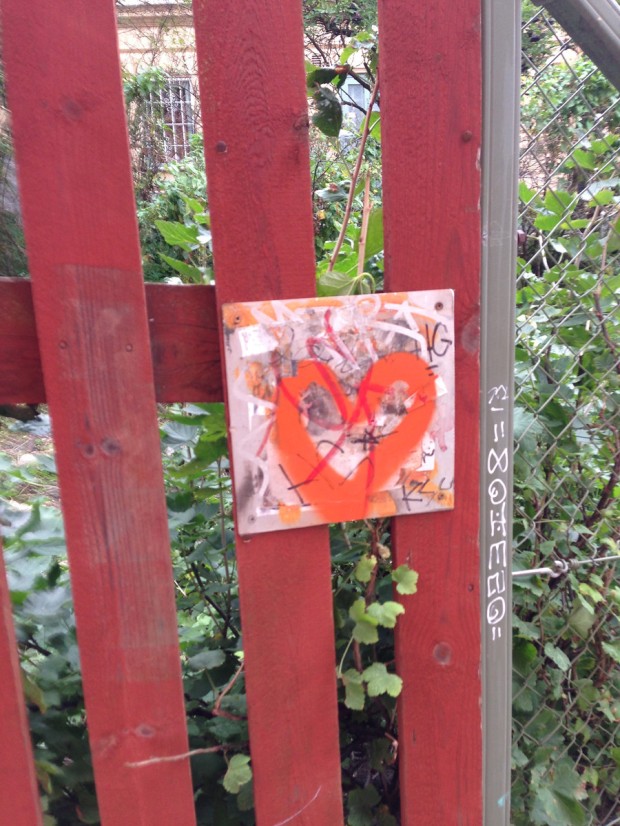 How could I not snap a pic of a heart on some fence. Shabby chic in Stockholm

There were a few things that stood out in comparing Copenhagen to Stockholm. First, I felt if I had a choice, Copenhagen is a much easier city to live in. There is a lot more to do in Copenhagen, the people are generally “warmer”, and it is a lot easier to get around. Stockholm by contrast is a little more difficult to navigate as a tourist and there is a real formality there. The people are a little more serious, conservative, and unemotional (and they even dress much more formally compared to Copenhagen) and it is just a “colder” city that way. That’s definitely not to say the people are not friendly. Everyone we met was lovely and very nice but just a bit more buttoned up and reserved. 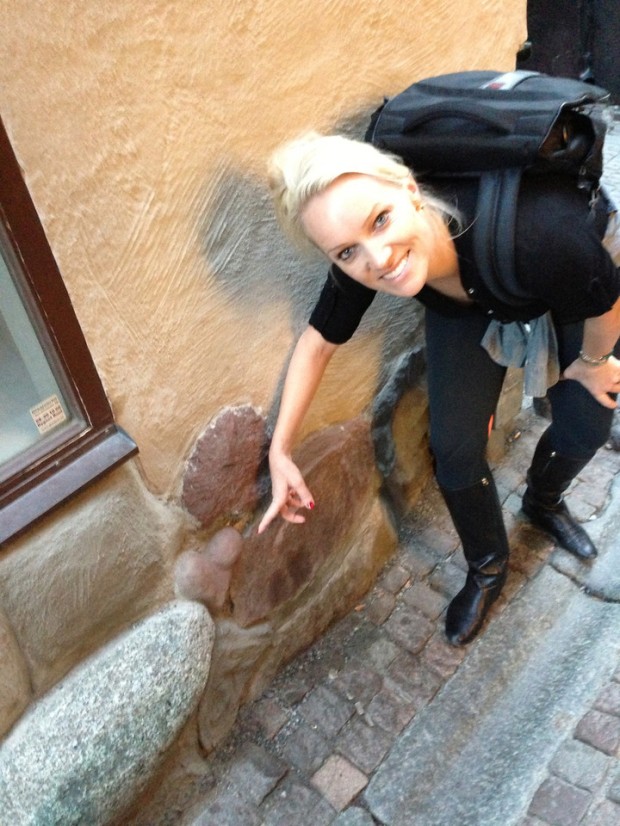 The photos of the town square above is Gamla Stan the “old town” in Stockholm which is incredibly charming. The town dates back to the 13th century, and consists of medieval alleyways, cobbled streets, and archaic architecture. North German architecture has had a strong influence in the Old Town’s construction. A stone heart in a very old building in Gamla Stan!

Stockholm was also extremely expensive. The cab fares were out of this world. Around $100 to get across town, ok maybe a little less but really spendy…giving us a good reason to walk and get even more exercise.

The people in Stockholm (especially in the nightclubs that my sister and I checked out) are extremely good looking. The men and women are very tall (average appeared to be 6’1″ plus for both sexes) and very attractive. More blonds compared to Copenhagen which by way of contrast is generally more diverse (still largely Nordic). One nightclub we went to called Cafe Opera had the best DJs ever and a crowd of hands down THE MOST gorgeous people I have ever seen. Some guys we literally bumped into were easily over 6’6″ and all models. It was a really fun night and the best eye candy ever. 😉 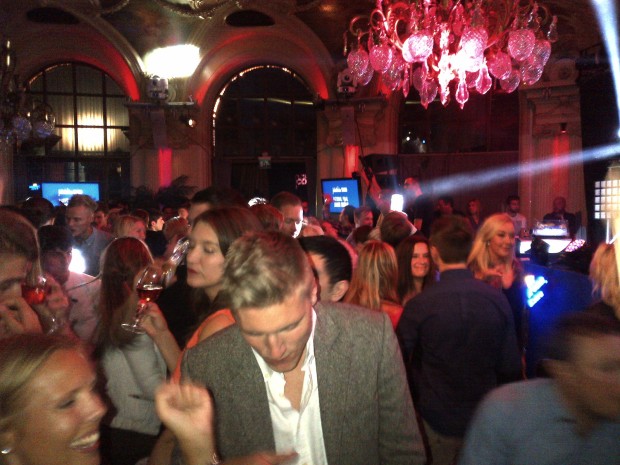 Random I know. This girl had a backless top that looked super sexy on her. Yes I was the freaky American stalker tourist in the chic club snapping pics of her, the Abercrombie male model above, and the scene. Everyone at Cafe Opera was super young…think 20, maybe 22.

We HAD to visit the offices of Fredrik Eklund from Bravo’s Million Dollar Listing New York. If you watch it, you will appreciate our “high kicks” in Stockholm. Fredrik even retweeted my Twitter post about high kicking through Stockholm!

This is the famous Vasa ship (most frequented museum in Scandinavia). Vasa is a Swedish warship built 1626-1628. The ship sank after sailing into her maiden voyage on August 10th 1628. 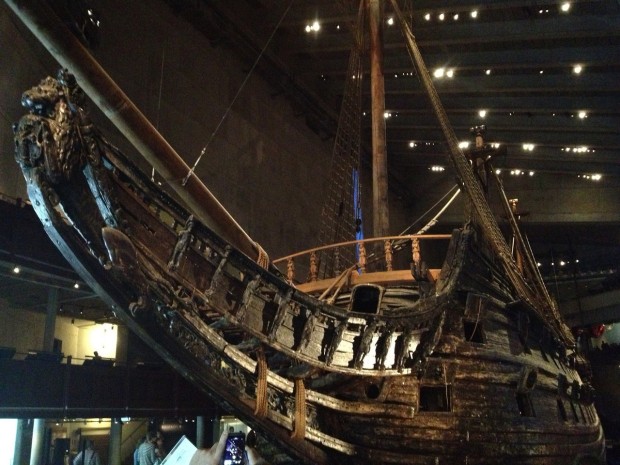 Random details in Stockholm. Love the wine barrel with candles.

I think a lot of guys would agree! 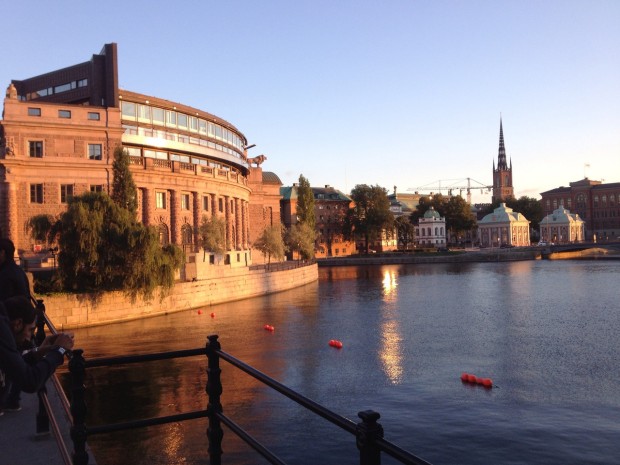 After enjoying this stunning city, we headed back to Denmark for one more night and then flew back to the USA. Both countries inspired us and were so gracious. I very much look forward to visiting Scandinavia again in the near future- perhaps for my cousin Mie’s wedding?!