In my quest to understand social dynamics when it comes to dating, it struck me last night at an event how some guys who might not be the hottest dudes score huge points with the ladies when they lead with confidence. It might seem obvious, but it runs deeper and I don’t think it can happen overnight. This learned behavior takes time to master and involves understanding the subtleties.  It’s not about peacocking ala “The Game” or taking a Tony Robbins crash course on a step-by-step approach to personal achievement.  Instead I think this (for both genders) can become an art of awareness, that translates over to perception and the laws of attraction.

At this event, I couldn’t help but notice one guy was standing in the corner at a party who literally was a spitting image of the late Steve Jobs – granted, a younger Jobs from the early ’90s. Black mock turtleneck, jeans, simple eye wear, and an incredible air of confidence that drew a cluster of women around him for the majority of the night.

Although I didn’t want to stare and be obvious (and the socially awkward one in doing so), I would from time-to-time glance over. I don’t even know if he was talking, nor needed to say much. He stood there at his house party with a conviction in knowing something that perhaps few around him didn’t know. At times he had his arms crossed and looked deep in thought. Perhaps he brought a refreshing Silicon Valley-esque vibe to the very finance sort of crowd. Maybe he is in tech, I probably won’t ever know.

Who was this mystery man and what was it about him that attracted such a group of all different types? I couldn’t help but glance over at another interesting dynamic on a couch. A guy resembling Jeremy Stoppleman from Yelp sat smack in the middle of four women who circled him, similar to Mr. Pseudo-Jobs in the other corner of the room. This guy had a similar energy about him. Seemed all the girls around him did the talking and he would interject at times but didn’t need to say much to keep their attention. Did this Pseudo-Stoppleman have the answers to the mysteries of the universe and know something greater as well?

One could argue that the ratio of men to women was not favorable and thus the natural inclination was for the women either to pod around one guy and make the best of it, or pod off on their own, if they were genuinely interested in catching up with one another instead of trying to be social or “working it.” Sometimes you just don’t feel like working it. It can be exhausting. Maybe one of the secrets to attraction is first to figure out your best physical strength and asset. For the Jobs look alike, maybe after so many people for the last goodness-knows-how-many-years have commented how he looks like the guy, he finally just said to himself in the mirror one day, you know what, we’re gonna make the best of what we’ve got and work it. Embrace the fact that I look like him and use it as a point of conversation – not only as an ice breaker BUT a gateway to talk about passions and interests: technology, Silicon Valley culture, etc.

I am always struck by the importance of first impressions, creating connections in general and how some people have an understanding and command of what could be considered “softer skills” and others on the flip side have limited ease when socializing.

In throwing various networking events and serving as a matchmaker to the Bay Area’s elite population of professionals, I have become even more fascinated in watching people, trying to understand the psychology of why some people get it, and others seem to miss the bigger picture.

Recently, at an event, I observed attendees mingling, many of whom were meeting one another for the first time. It was a happy hour to bring together a few select friends and handful of clients to end a long work week. 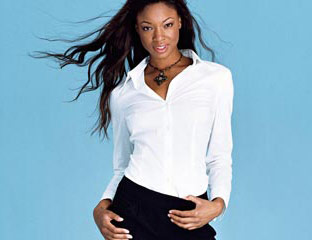 I observed that some people have a skill deep within them that allows ease in getting to know a stranger. There isn’t any awkwardness and there also isn’t a forced connection or a superficial, “My name is so and so and I am a program manager at Google.” Instead, for some of these types, the connection in meeting a stranger develops with a seamless conversation of “how did you end up here tonight, oh you live in Palo Alto too, ah you just moved here from the East Coast as well, how funny, me too…..” and from there a solid comfort level has been established and the rest is history.

I was having a conversation this morning with my husband trying to understand what I have observed for a long time.  Maybe, not coincidentally, this is one example of exactly what he is trying to teach many of his entrepreneurship students at Stanford about intangibles that go beyond mastery of analytical skills or knowledge.

There are those whom I believe were raised in a home where they watched their parents and through nature and nurture gained a depth of knowledge and/or comfort about how to interact with people in general – maybe it’s empathy, curiosity, or both.  And, having been raised in this environment, it is deeply engrained in them. Then, there are many who are not born as extroverted or aware of personal dynamics, but who certainly are forced to learn to become very social and at least perceived as being “at ease” in a crowd of people due to their professional success and being in the spot light.

Remember that almost everything that happens in life has people involved – professional transactions, family interactions, friends, romantic connections.  And this means that feelings and personalities come front and center.

I think many people forget in general how important first impressions are and that what could be a huge opportunity right in front of them for a love connection NEVER HAPPENS because they don’t make an effort.  At this little event, I was struck by a couple of females who plopped themselves in the plush club chairs at the lounge and never once made any effort to extend themselves in a positive way by, for example, introducing themselves to any of the guests next to them and trying to be friendly. The perception by the men was that these women were unfriendly, uneasy, and uninterested and really weren’t bringing much to the party. Even if these girls were legitimately interested in these eligible men, these guys wrote them off and had already moved on.

In the extremely competitive world of dating, there is a short window to maximize each and every possible opportunity and you need to stand out. Unless you are Heidi Klum (and it wouldn’t even hurt for her to follow this advice), you need to accentuate all of your positives and shine in every possible way – find your competitive advantage(s) and maximize it (them). If there aren’t a lot of positives that you can find right now, discover and develop some of them and work it.  This goes for men and women but, for these particular observations, women. 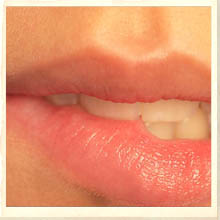 Men have a very limited window in which they will be interested and pay attention to a woman. If someone sits there like a sloth and doesn’t impress an eligible man by being friendly, semi-outgoing, and inquisitive, he will mentally check out and focus on someone else.  That train will have left the station and that opportunity to create a great first impression is lost in translation.  He might have exchanged a business card to be friendly and a week later you might reflect and then email him to say hello – but chances are he will write a short “nice to meet you too” email but not express interest in seeing you.

I even noticed this happening last night at a friend’s party in San Francisco. The ratio of females to men was around 3 : 1. Pods of women plopped on couches, clustered around one another, almost like bees on honey.  The bulk of guys did not approach because these female pods were closed off and even though I will place my bets on their being eligible, their body language was closed off, even for a matchmaker to show interest. The socially successful guests at this event were the ones who maybe weren’t the most extroverted but were making an effort and fled the honey bee hive for the night for a different sort of nectar.